I did some test work with North Fork Technologies CPS bullets, Cup Point Solids. This was conducted with the 458 caliber 350 and 325 gr Cup Points, in mostly 458 B&M, but with some tests at higher velocity in the 458 Lott, and some lower velocity in 45/70.

CPS bullets are Non-Conventional expanding bullets, solid by design, limited penetration when compared to the same bullet in flat point solids. Deeper in penetration than any conventional lead core bullet. These "Non-Cons" as we tend to call them, enhance the capabilities of all the B&M series cartridges, as they do other cartridges/rifle combinations.

These tests led directly to a new series of North Fork bullets designed for all of the .500 caliber B&M cartridges, and the 500 MDM.

Superior Terminal Performance over the previous generation of North Fork Solids with the New 2012 Nose Profile. 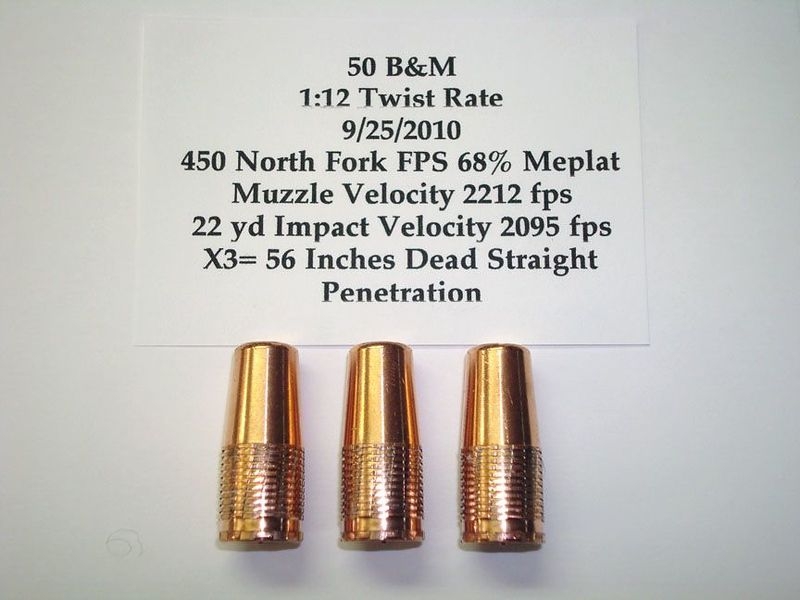 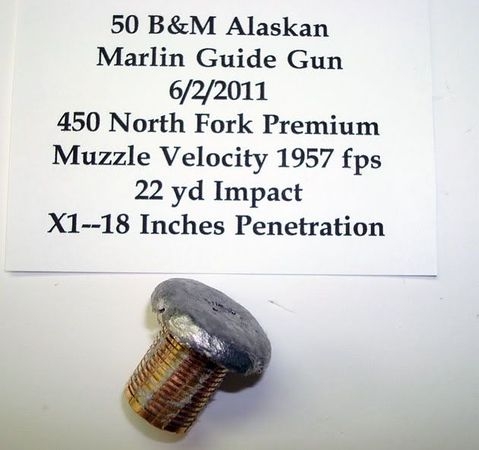 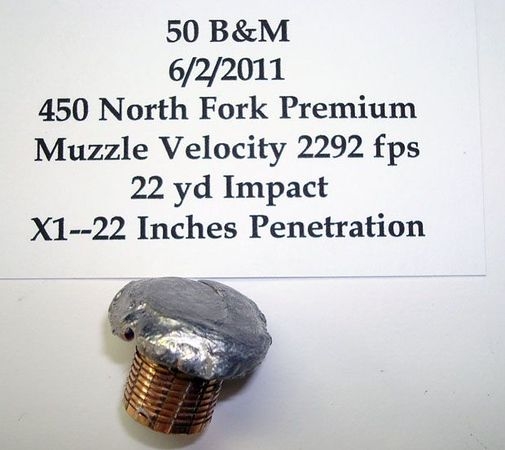