After learning more about driving bands, bearing surface and pressures from the double rifle tests, and a few others, I ordered a new prototype version. I did not want to sacrifice performance, but wanted the pressure lower, hoping to be at or below 65000 PSI as maximum safe pressure.

While I made some changes that would effect the terminal performance by a better more rounded radius, and a bevel base for ease of loading, the big change was going from the 8 driving bands to the 4 driving bands, reducing the amount of bearing surface significantly.

When the new prototypes arrived I decided to try another test also, seating the bullet out longer, and seating deeper.

I wanted to see how much difference there was between the two seating depths as well.

Not really enough difference to worry over. Seated deep, feed and function is improved, so I elect to seat these bullets to the depth you see on the right side.

Wow, the decrease in pressure went from 67727 PSI with the 8 bands to 60646 PSI with the 4 band bullet, over 7000 PSI. This gives this load a very safe margin to work with. Not only that, but performance remained the same, maybe slightly better at 2195 fps.

While this is great, there are other factors to be taken into account. One of these is the fact of whether the bullet has enough gripping surface to remain in the case, without recoil causing it to move. In the case of the 50 B&M it the 3rd round down in the magazine did not move at all. In a magazine rifle, most of the time recoil will beat the bullet into the case, not so in the 50 B&M and this load without a crimp.

In the 500 MDM I put a good crimp below the top band kept the bullet from moving rearward in the magazine.

To make the bullet more versatile in other cartridges and rifles, we moved the three bands to the top of the bullet, and kept a bottom band in place to steer it as it left the muzzle........ This has now became standard for all the bullets in the Cutting Edge Safari line up. 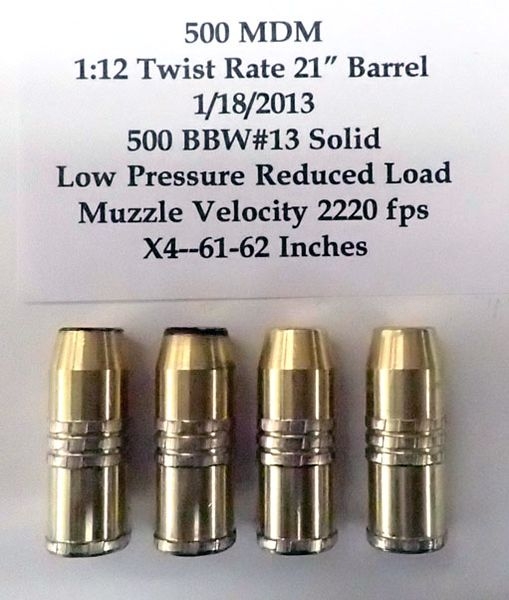 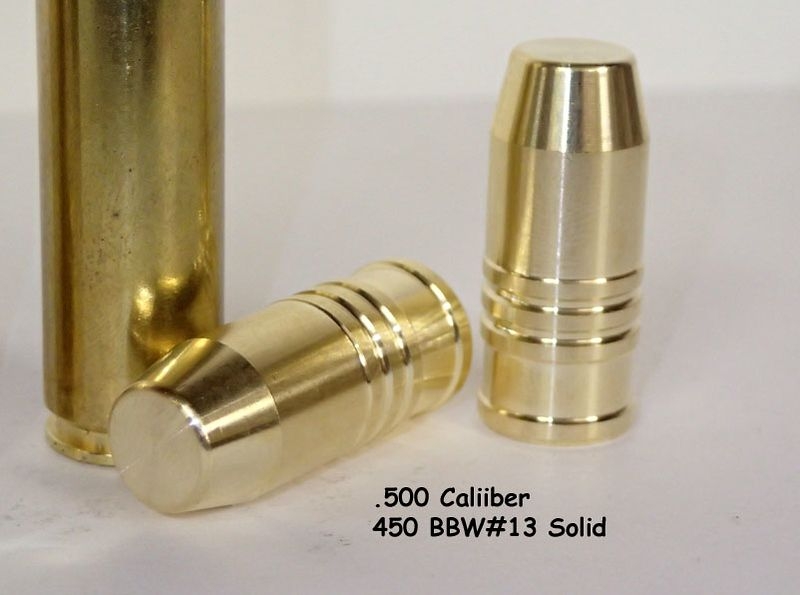 Since these tests were done we have changed the bands to a new configuration, instead of evenly spaced, we moved the two bands in the middle up to the top band, leaving the bottom band as is. The main reason is to give the loaded cartridge better neck tension, holding the bullet in place better, and giving options on seating and crimping if needed. I do not think that the reposition of the bands will have any pressure effects at all. This will be tested of course, and reported if there is a change in pressure, either up or down substantially, right here in this report. 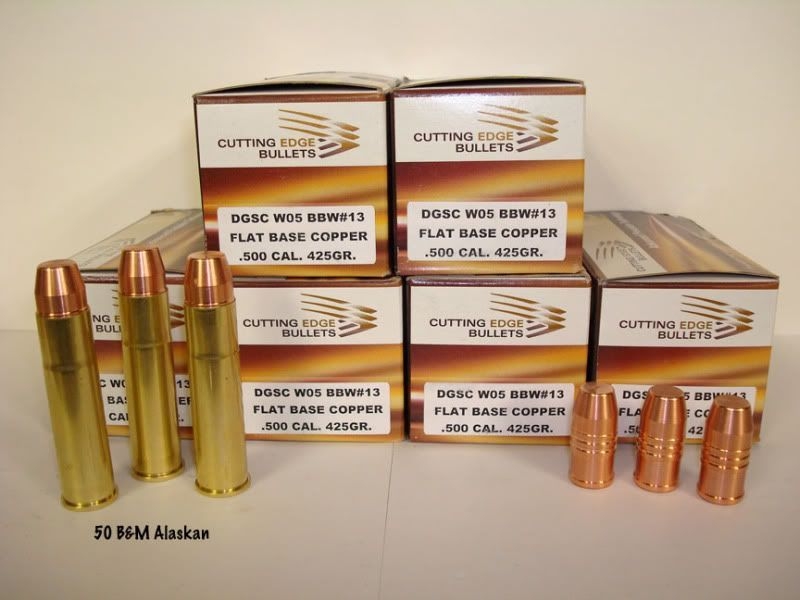 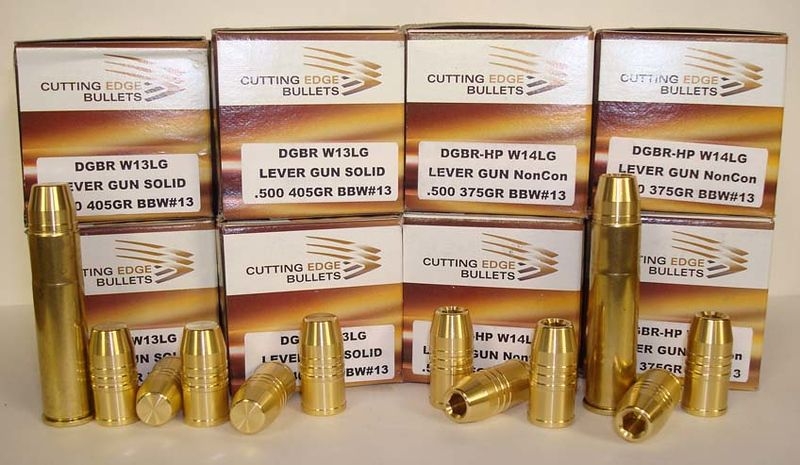