I have a special affection for lever action rifles and simply had to have a .500 for my lever guns! While a 50 Alaskan is a fine cartridge for the lever guns, the choice of bullets is but a small hand full in .510 caliber that will function properly in a lever gun. Quite the opposite is true of .500 caliber in which there are literally dozens of bullets to chose from in many weights and configurations.

It was a very simple operation to take a normal 50 Alaskan case and squeeze it down to .500 caliber and start shooting. We converted existing Winchester and Browning M71s and the cartridge is a perfect fit for the Marlin guns chambered in 45/70. My rifles all have 18 inch barrels and are extremely handy and fast in action.

I consider the 500 gr Hornady is an excellent conventional bullet for this rifle and cartridge combination. I have used it in the field on several animals of note, and tested it extensively at many different velocities up to 2100 fps. The 50 B&M Alaskan is capable of running the 500 gr Hornady at 1850 fps, I would consider it an extremely good combination for thin skinned dangerous game. These bullets, along with many other .500 caliber bullets, such as the 400 Sierra and the 325 Swift are excellent alternatives for the 50 B&M Alaskan.

Also available now is the North Fork 450 gr Premium Bonded, along with Safari Lever Solids and Safari Lever Raptors from Cutting Edge Bullets. This gives the 50 B&M Alaskan more versatility than any lever action cartridge I know of. The various bullets from Cutting Edge and North Fork boost the capabilities of the 50 B&M Alaskan to entirely new levels of performance.

Being a rimmed cartridge it is a natural for the Contenders and Encores, which SSK Firearms has taken a good deal of interest in, and many of these have been built and are in the hunting fields. It is also an excellent for many of the single shot rifles like the Winchester 1885 and the Ruger #1.

I am particularly proud of the fact that one of my "Gun Writer Heroes", and there are not many good ones left, but Layne Simpson is at the top of my very short list, decided to have a 50 B&M Alaskan built for himself! If you have followed Layne over the years we all know Layne likes lever guns! I am very proud that Layne liked the 50 B&M Alaskan good enough to have SSK put one together for him. I was not able to convince Layne he really did not need that long barrel, 22 inches, but in Layne's words, it's a rifle not a pistol! Layne was good enough to provide some load data on that long barrel for us, and which I will include in the General Load Data listed below. Some good comparisons can be made, and something even more interesting to me is how some of the powders actually play out in 18 inches of barrel, and a few powders, such as RL 10X is still able to produce some extra velocity with the longer barrel! Something of note should you choose to have a longer barrel done. Thanks Layne for sharing the data and sending the photo, excellent rifle, I look forward to some field reports!

I received the first 50 B&M Alaskan, a very nicely done Marlin Guide Gun, in the early part of 2007. Some load development was done, but honestly, the big lever gun was pushed to the back burner. I was heavily involved with load data, pressure data, and even more so bullet development for the B&Ms chambered in the bolt rifles, the big lever gun took a back seat for many years.

When Layne Simpson took an interest in the 50 B&M Alaskan, I had to get off my tail and go to work on the cartridge, load development, and even more important incorporate some of the bullet designs from Cutting Edge Bullets and North Fork, and channel this into the 50 B&M Alaskan.

With so much interest in the 50 B&M Alaskan rifles and cartridge, it was time for me to take it to the field, and put it to the test on the toughest game of all, Cape Buffalo!

Please follow the link below to a separate page where you can see, The Rest of the Story........

Our PH friend Johan Boshoff, better known as Org, took his new 50 B&M Alaskan home to South Africa. He is already putting it to good use.

Using the iron sights on the rifle, Org shot this eland at 85 meters, it went 10 meters before going down for the count. Org was using a 365 gr CEB Lever Raptor at 2165 fps. Bullet went through both shoulders and found on the far side.

Congratulations Org, we look forward to further reports on the success of you and your 50 B&M Alaskan.

Recently I converted a very nice Hi Grade Browning 1885 to 50 B&M Alaskan. This was a rifle that was one of the NRA Rifles of the year in 2002. Very nice, hi polish blue, and scroll engraving on the side of both receivers, chambered in 45/70. With the 50 B&M Alaskan, why would I ever need a 45/70? Because a M1885 has a longer fore arm, I opted for a 22 inch barrel to balance the aesthetics.

The North Fork Premium Bonded 450 gr Bullet has arrived! This will be THE GO TO Premium Conventional bullet for the 50 B&M Alaskan.

In addition to the 450 gr version of this bullet, we also now have the exact same bullet, only it is 400 grs.

A 400 gr North Fork Premium adds to the versatility of this cartridge and rifle, I have been getting over 2100 fps with the 400 gr bullet in 18 inches of barrel. 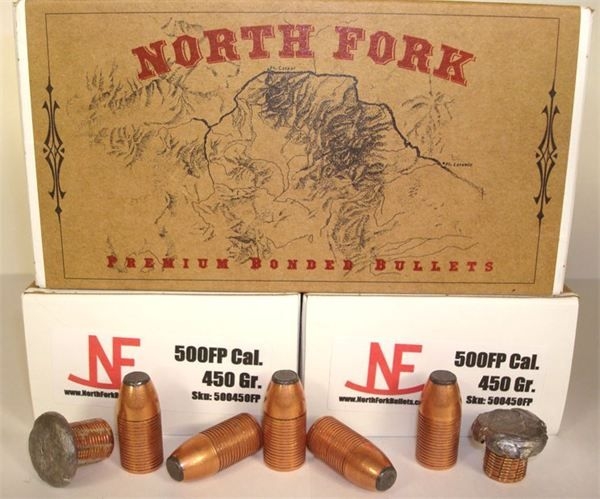 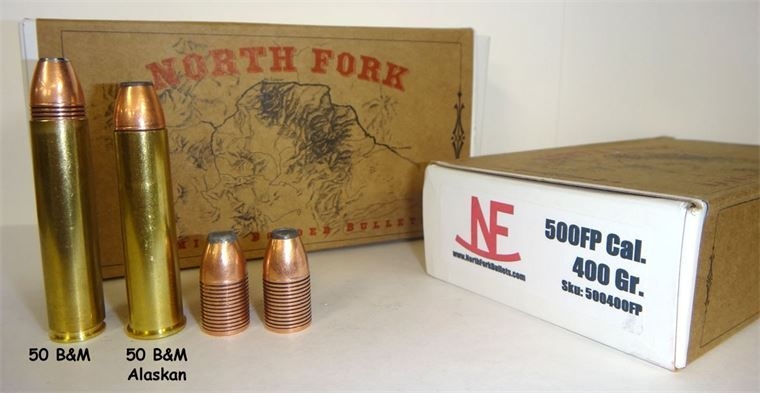 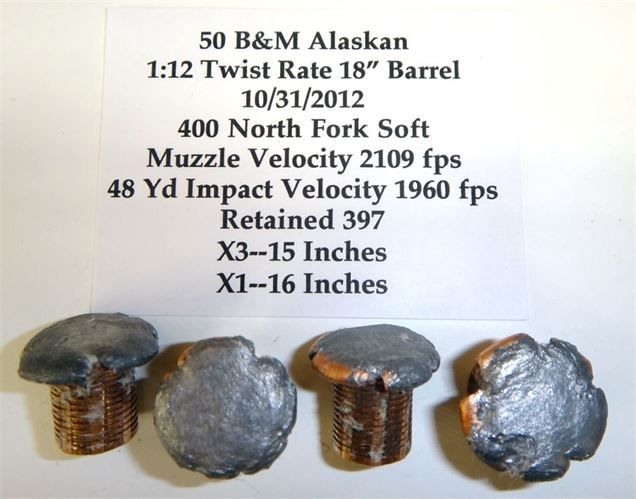 In addition to these there is a 375 Lever Solid and Matching 335 Lever Raptor.   And also a 300 Lever Raptor if one wanted to go lighter and faster. 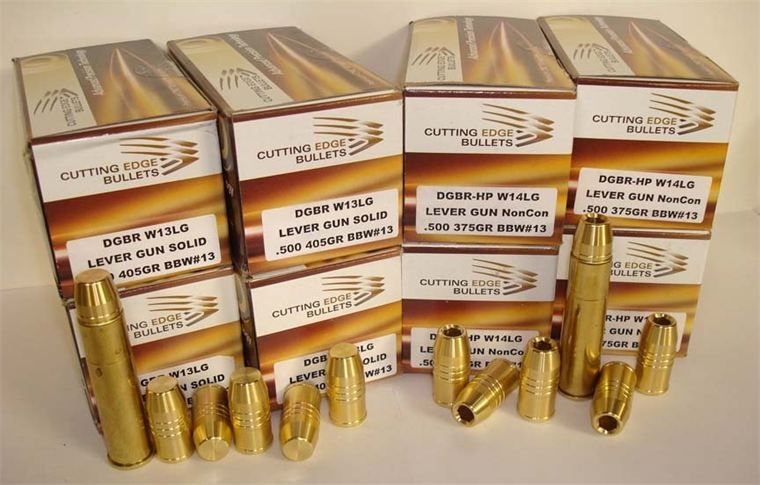 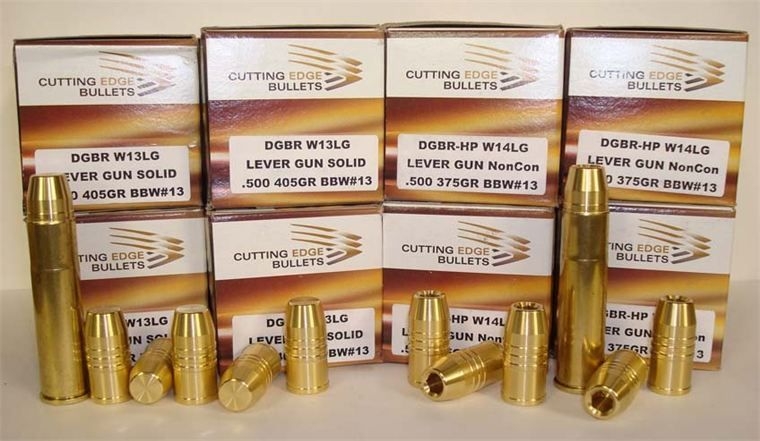 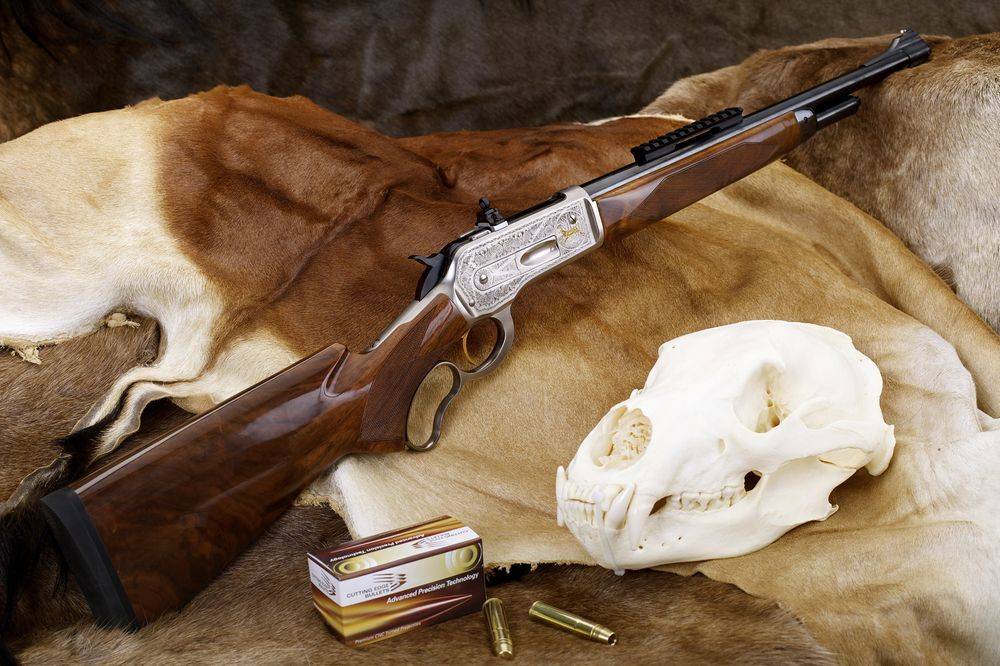 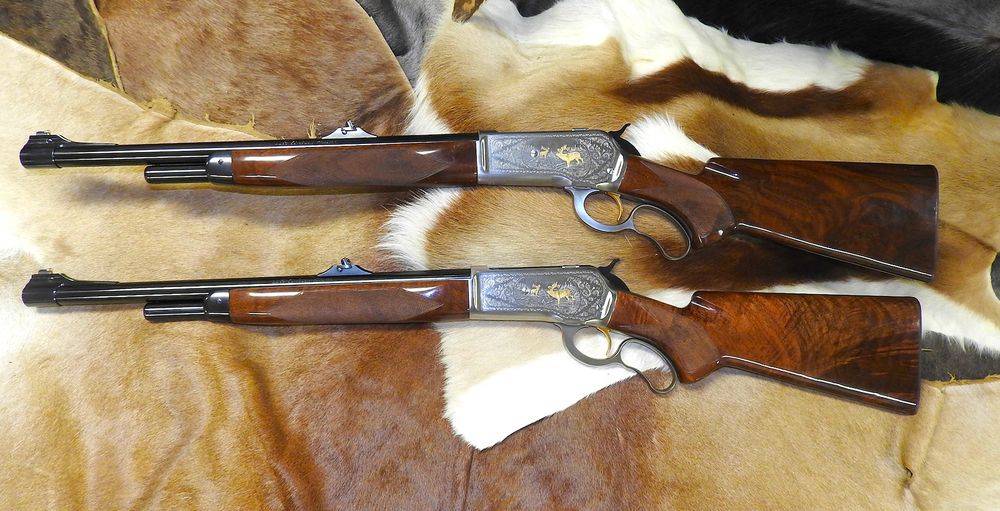 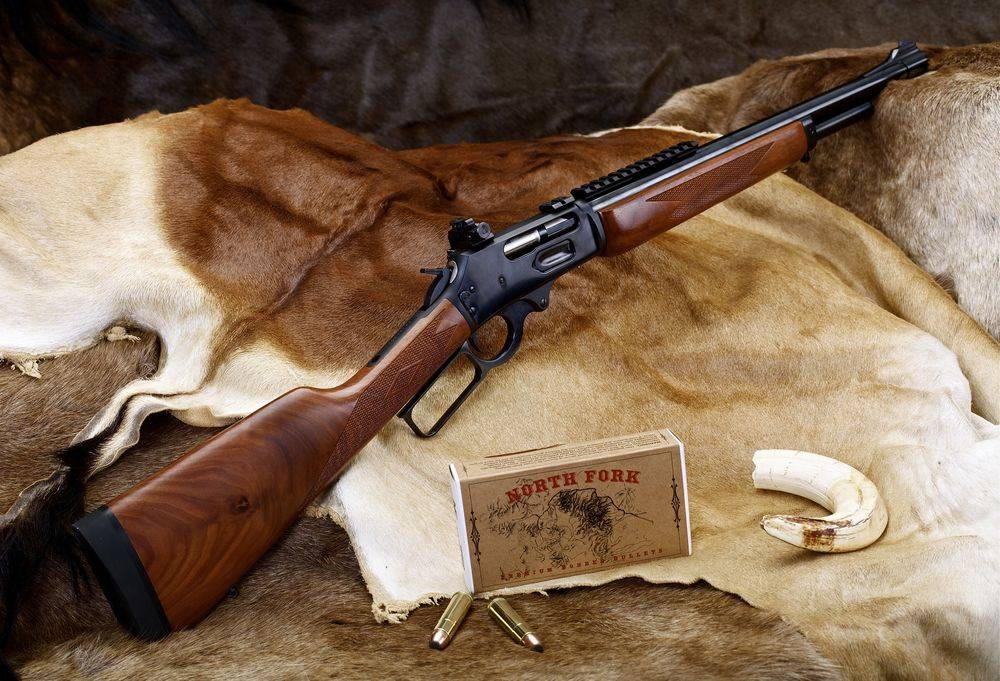 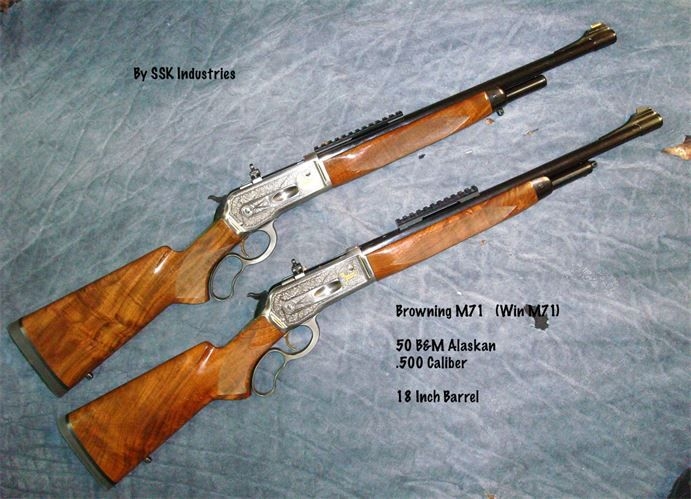 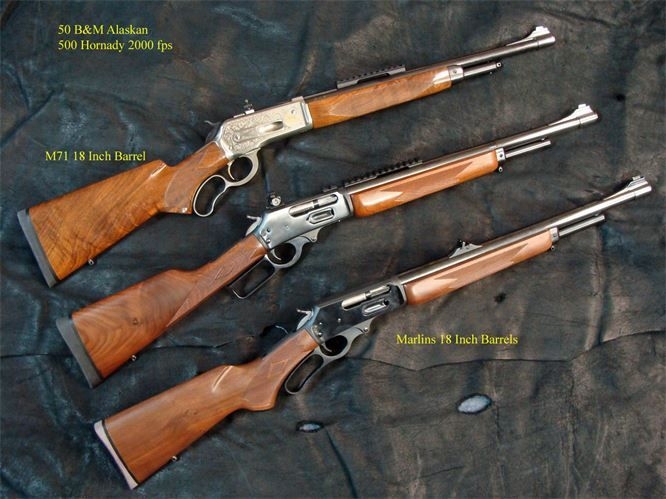 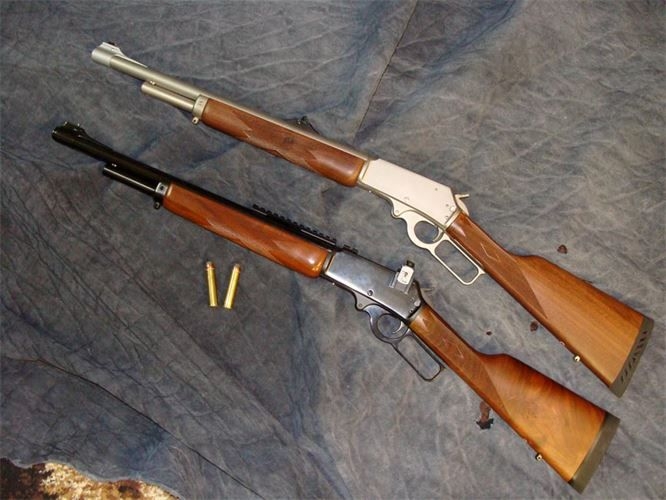 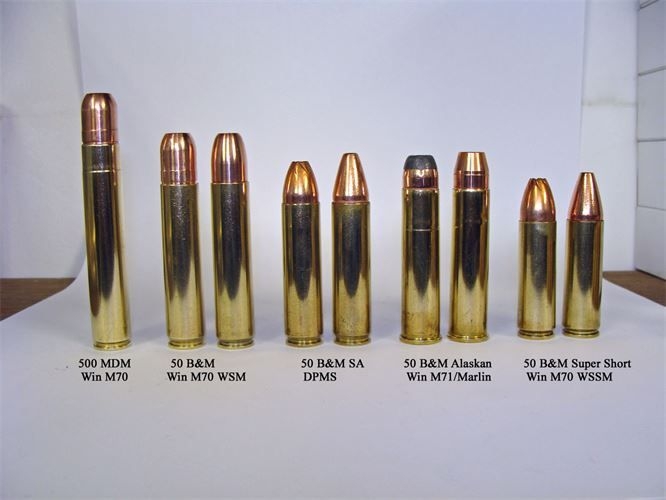 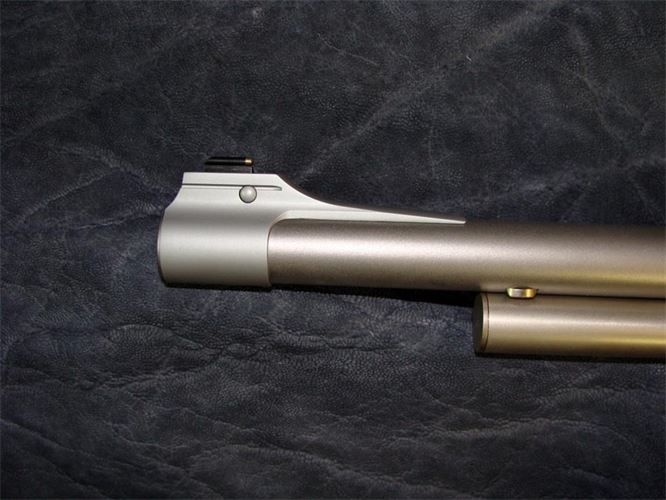 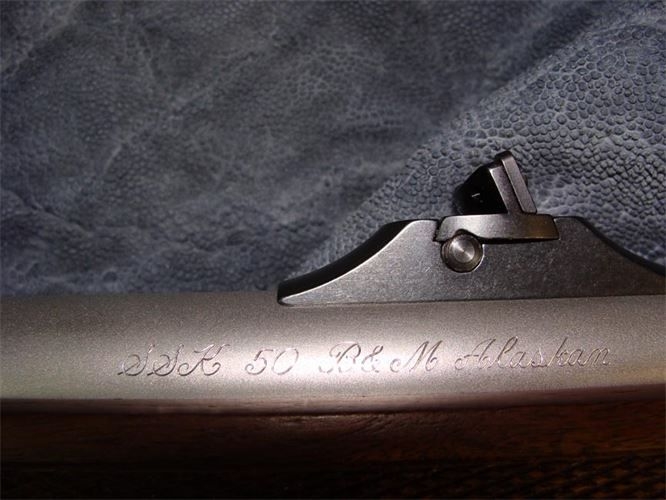 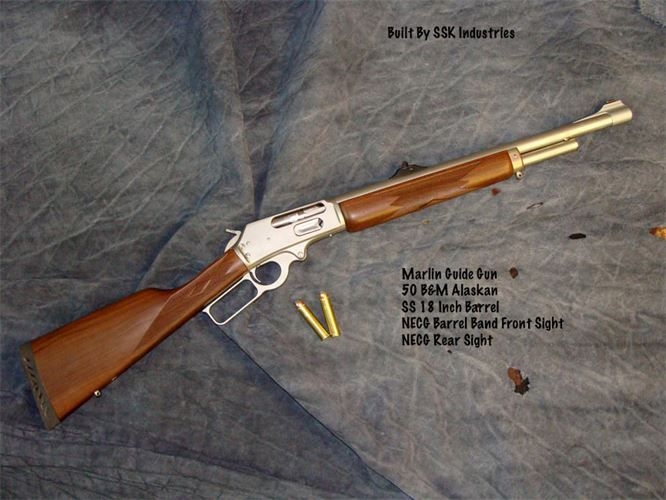 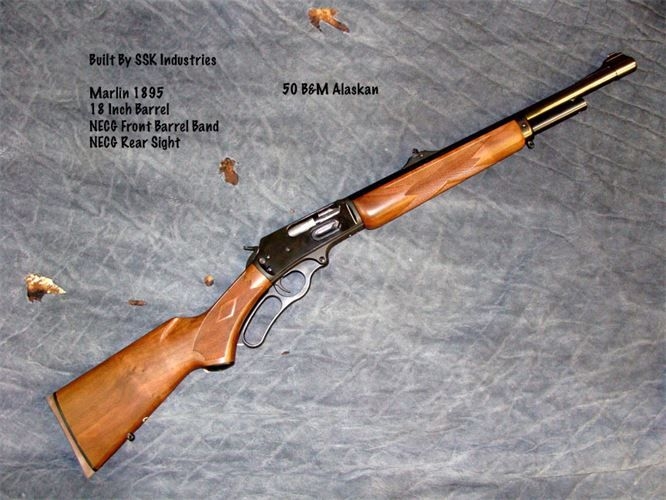 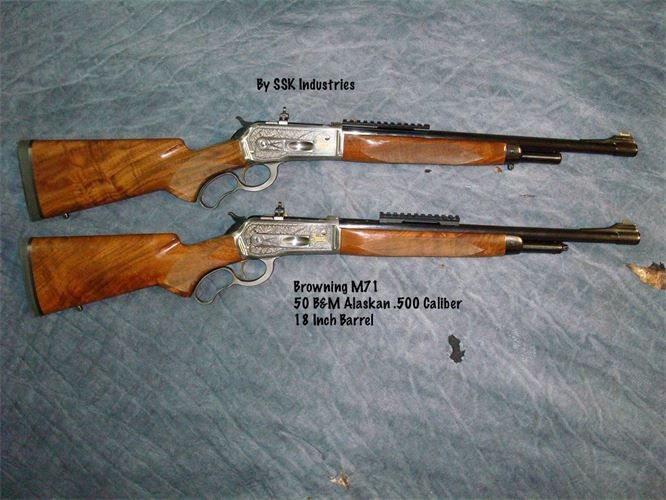